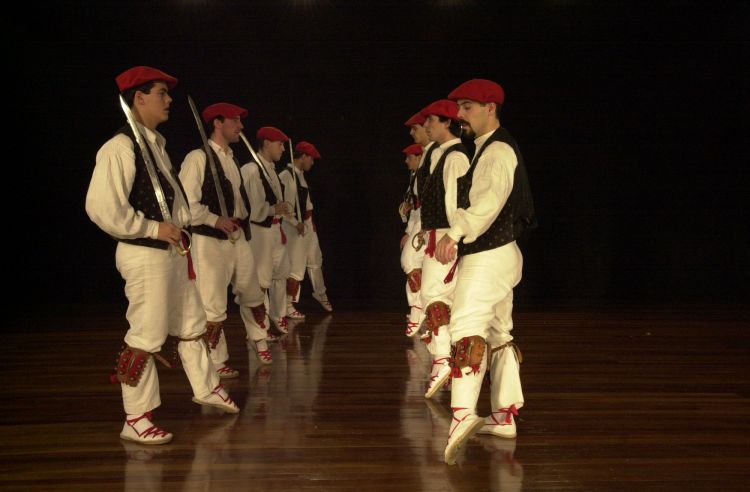 In contrast to Ezpata Joko Txikia, this is the dance of the Set of Big Swords, which is performed within the overall general sequence of dances called Dantzari Dantza, peculiar to the Duranguesado or Durangoaldea de Bizkaia. Here we see a group of eight men, armed with swords, in columns of two.
There are two different parts to the exhibition, which J.L. ETXEBARRIA respectively refers to as the Eskasak or the ritual prelude to the fight, and the Ezpata Juko, or precisely, a set of swords or fencing: in the first part the dancers perform a series of steps and skips to show their skills with their legs, kicking into the air, etc. However, the second part is slower and consists in the practice of blows and movements of defence with the weapons. The defence movements follow the attack and the blow struck high in the air follows the one struck lower down. Therefore, it belongs to the class of the sword dances or weapon dances.

At present, similar to what occurs with the rest of the dances which form the before mentioned sequence, we can see performances in Abadiño, Berritz, Garai, Iurreta, Izurza and Mañaria, though in ancient times they must have been more widespread. 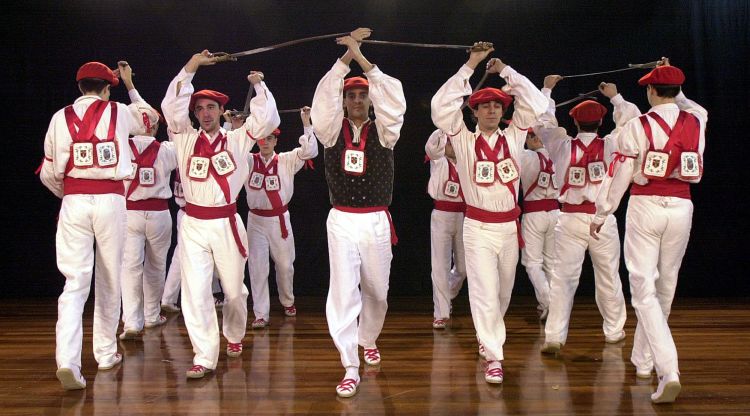 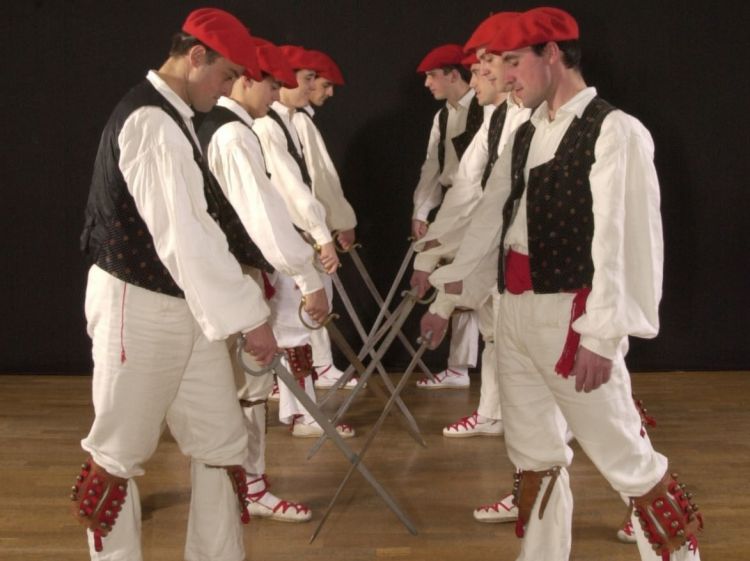 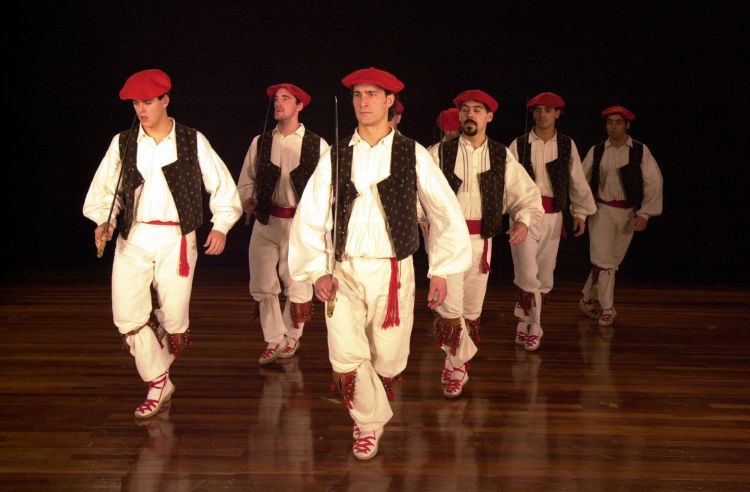 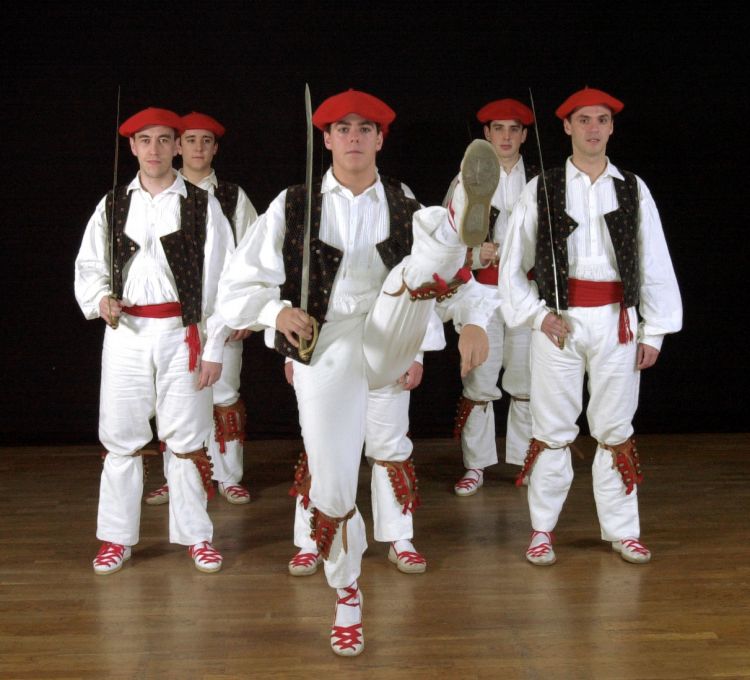